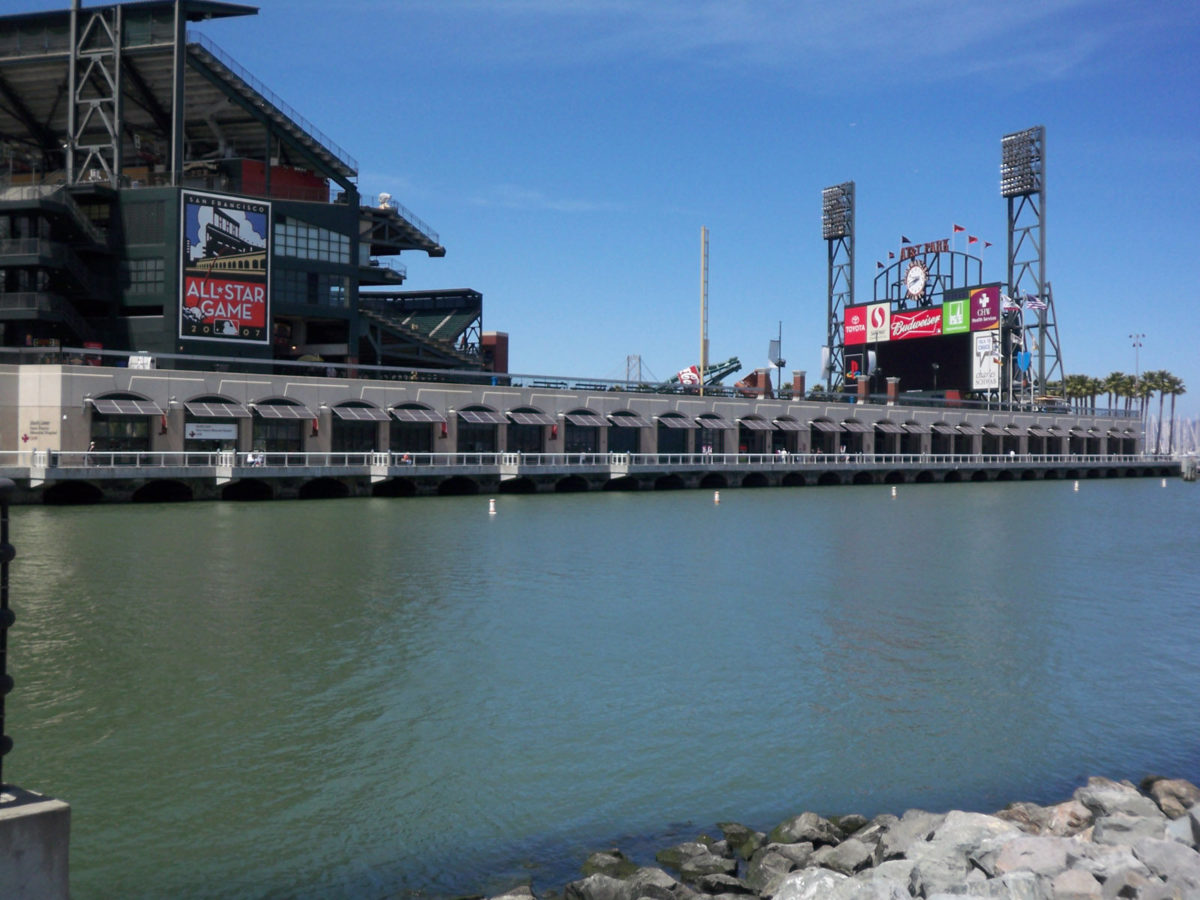 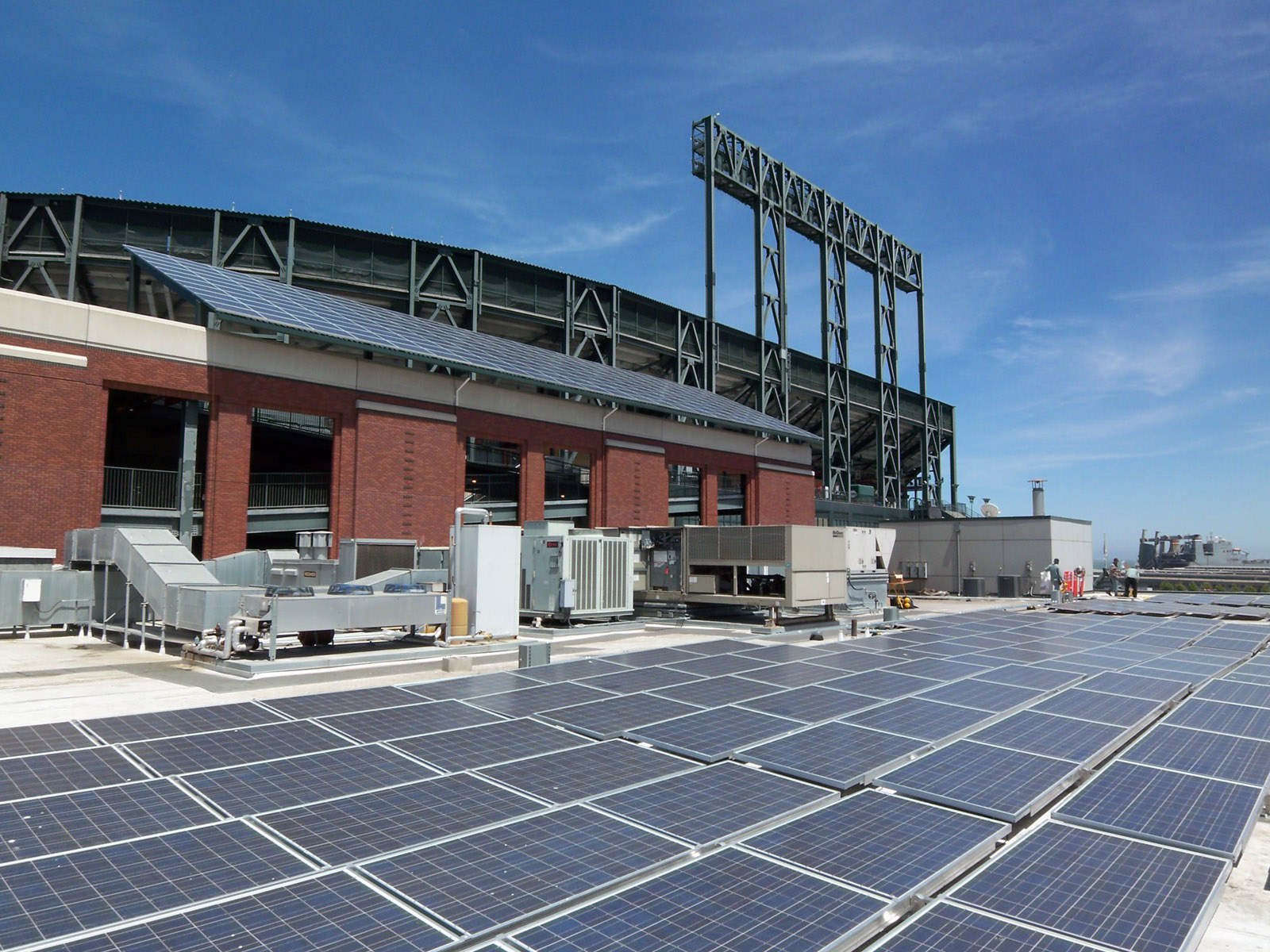 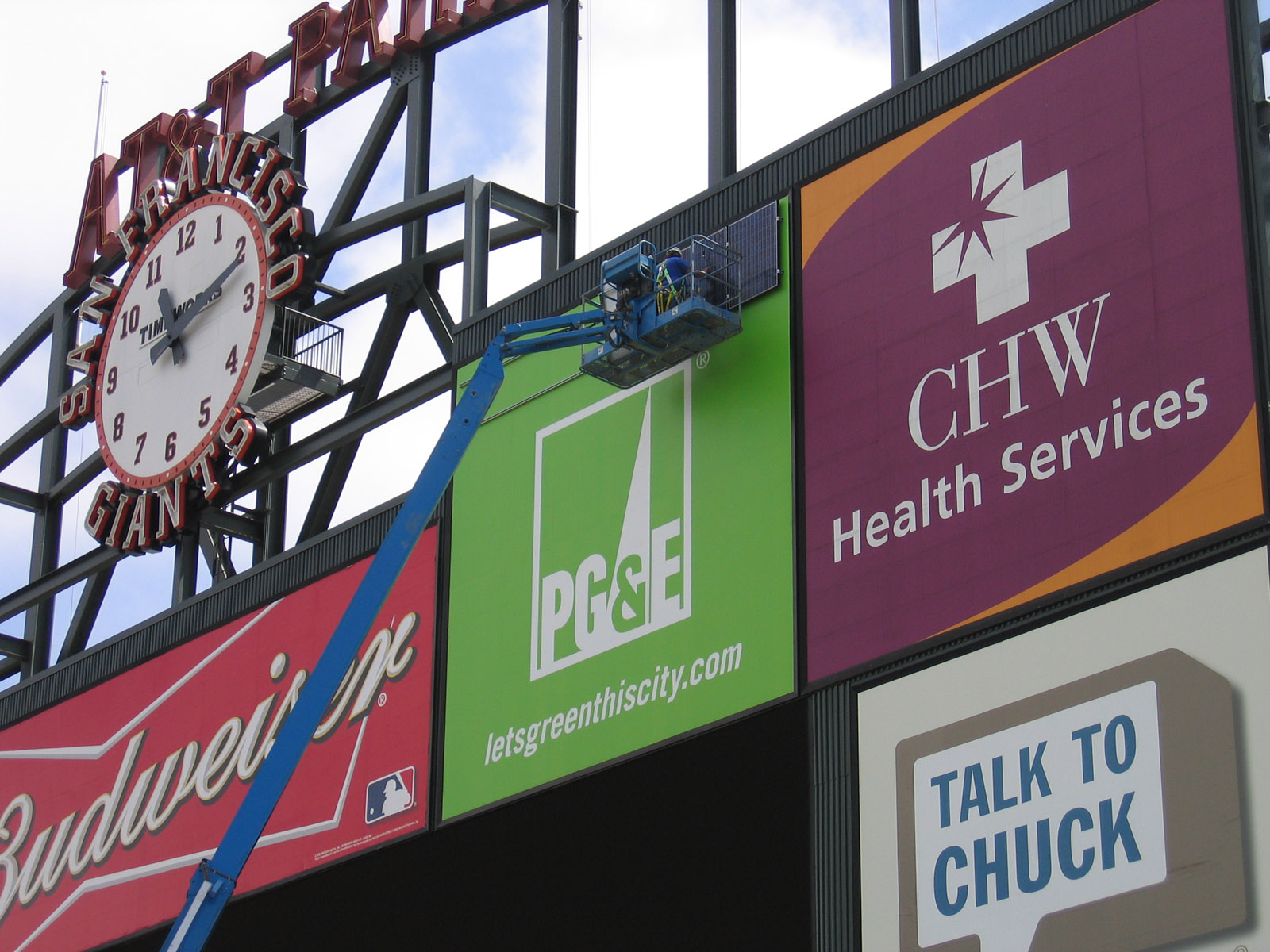 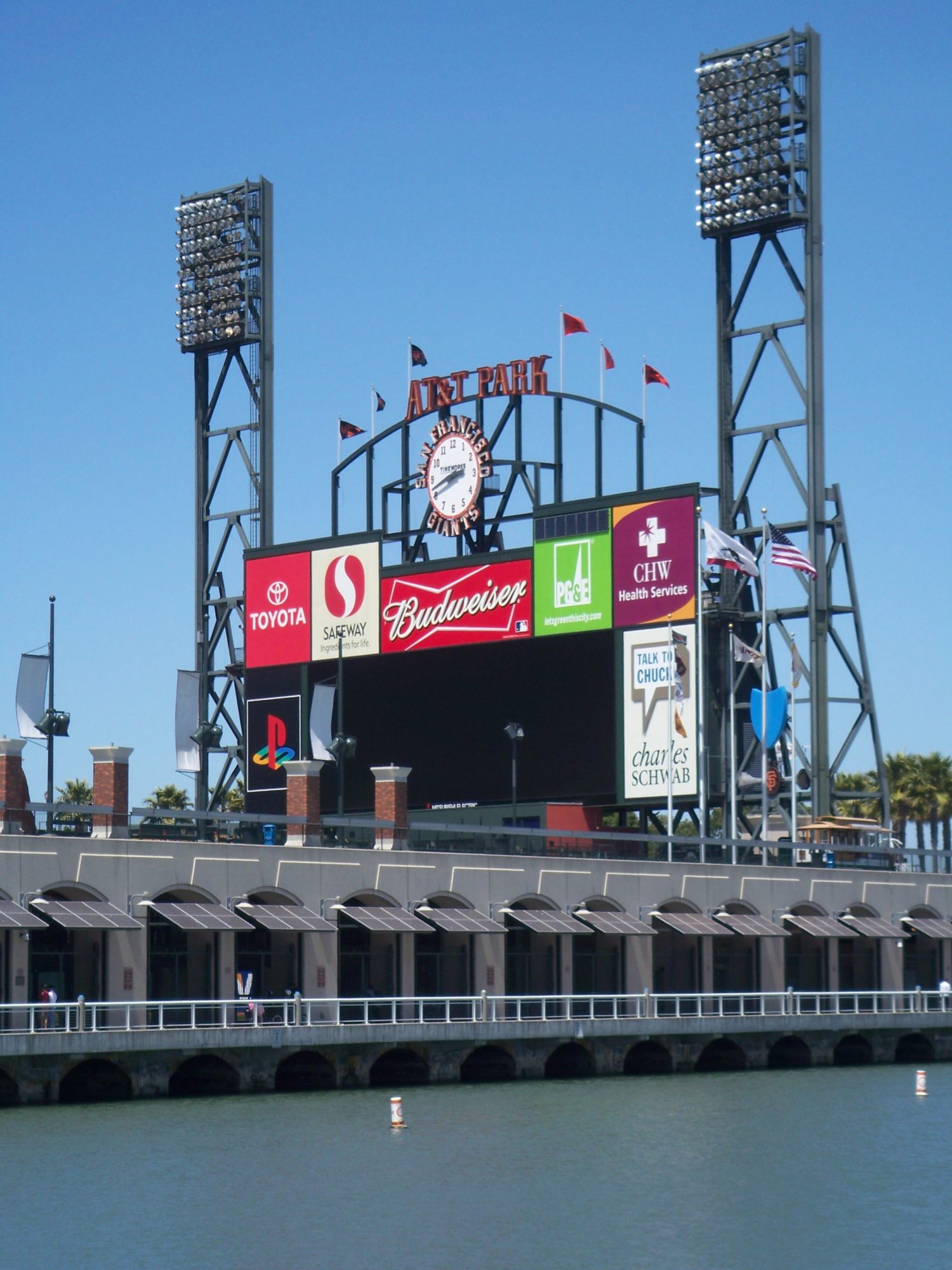 PG&E retained SDA to assess opportunities for solar at the San Francisco Giants’ AT&T Park that would be most visible to Giants’ fans and the public. SDA designed a series of PV awnings along the Port Walk overlooking famed McCovey cove where kayakers gather to catch home runs coming over the right field wall. A large solar array was designed across the front of the stadium and a roof-top system was fielded on the Giants’ executive offices.

To maximize visibility, SDA also designed a PV array mounted right on the scoreboard. SDA provided design, construction documents and managed construction for PG&E, completing the project ahead of schedule for the All-Star Game. The renenewable energy system helped the stadium secure LEED Silver Status in 2010.