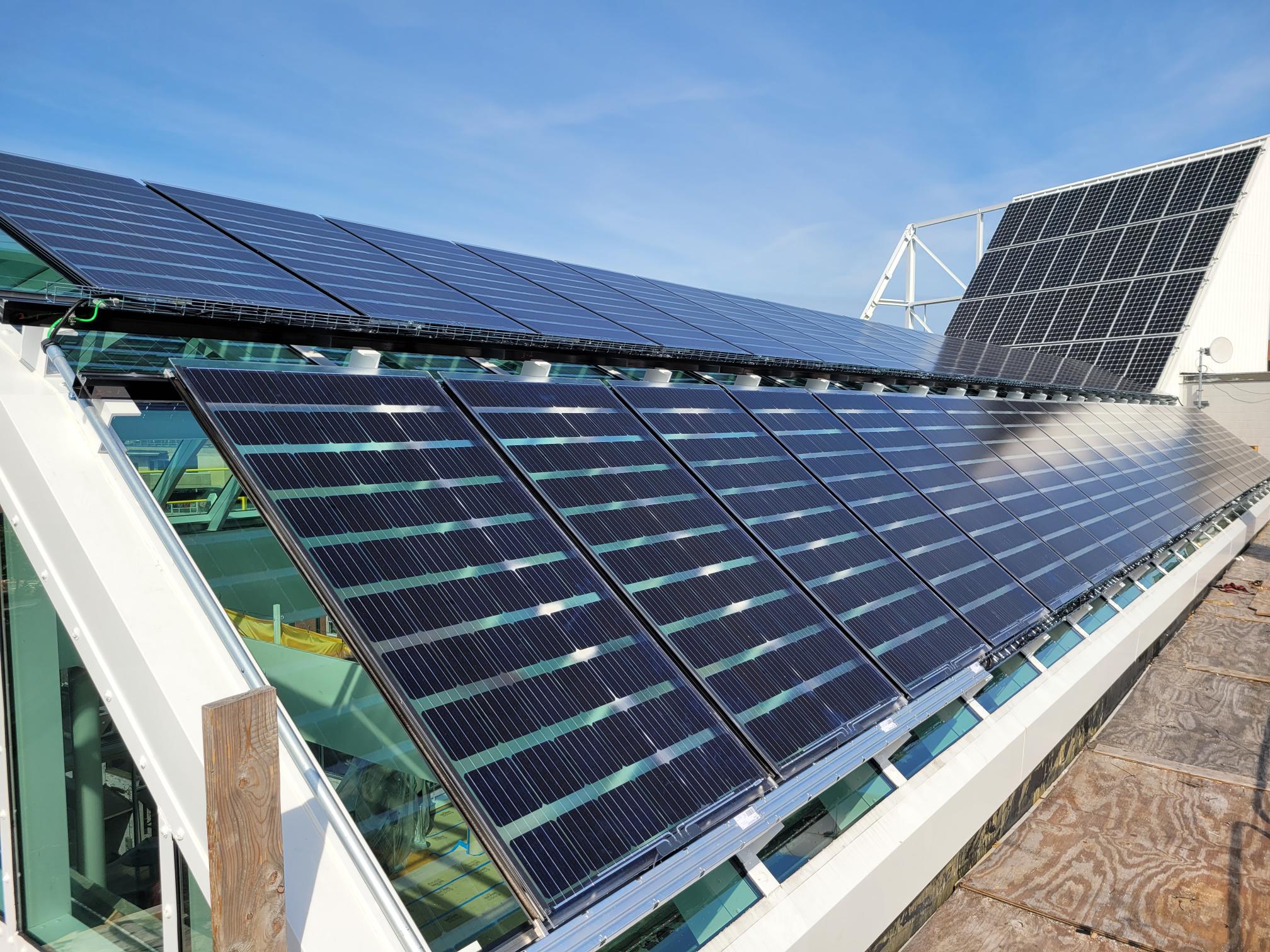 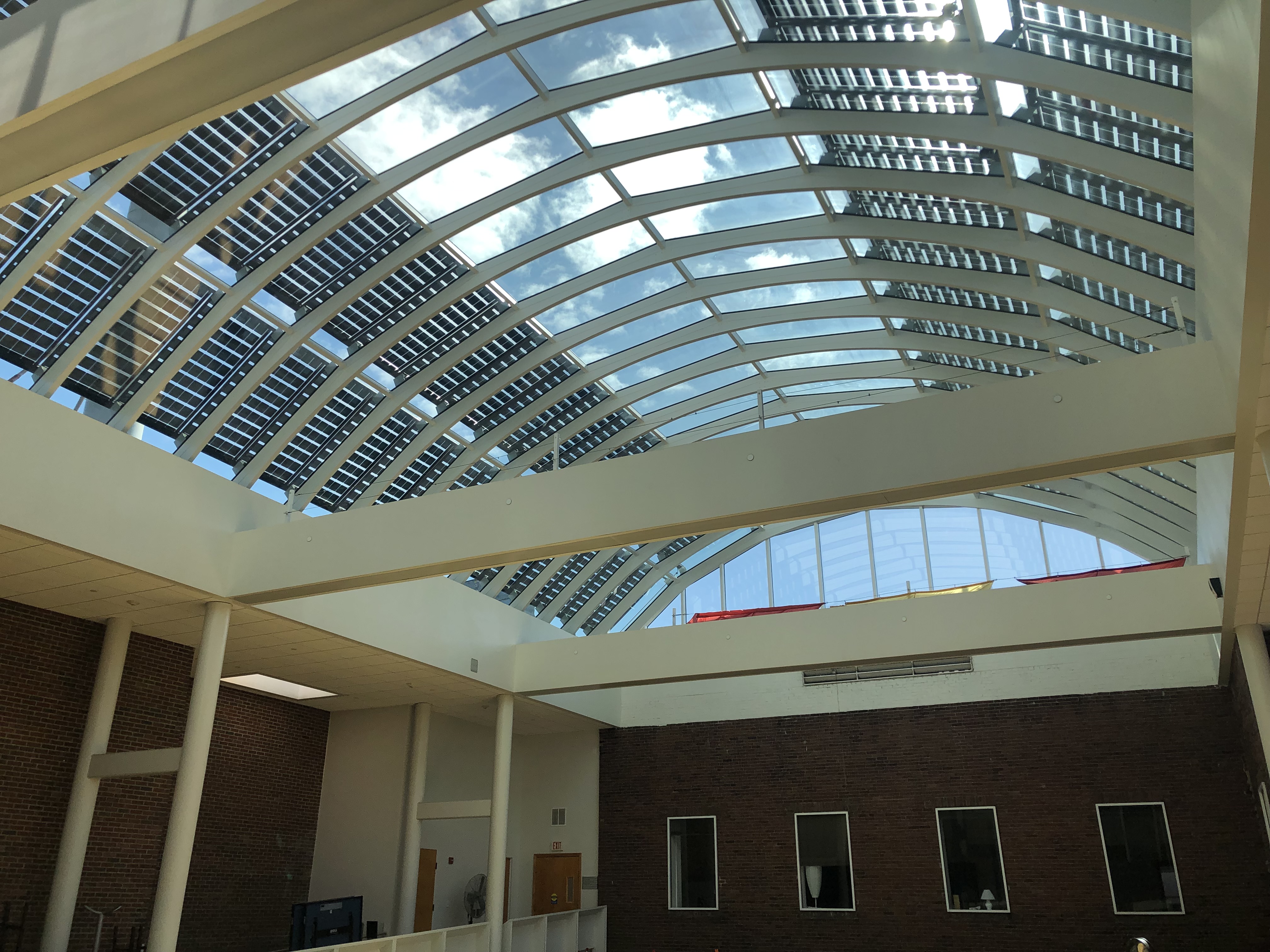 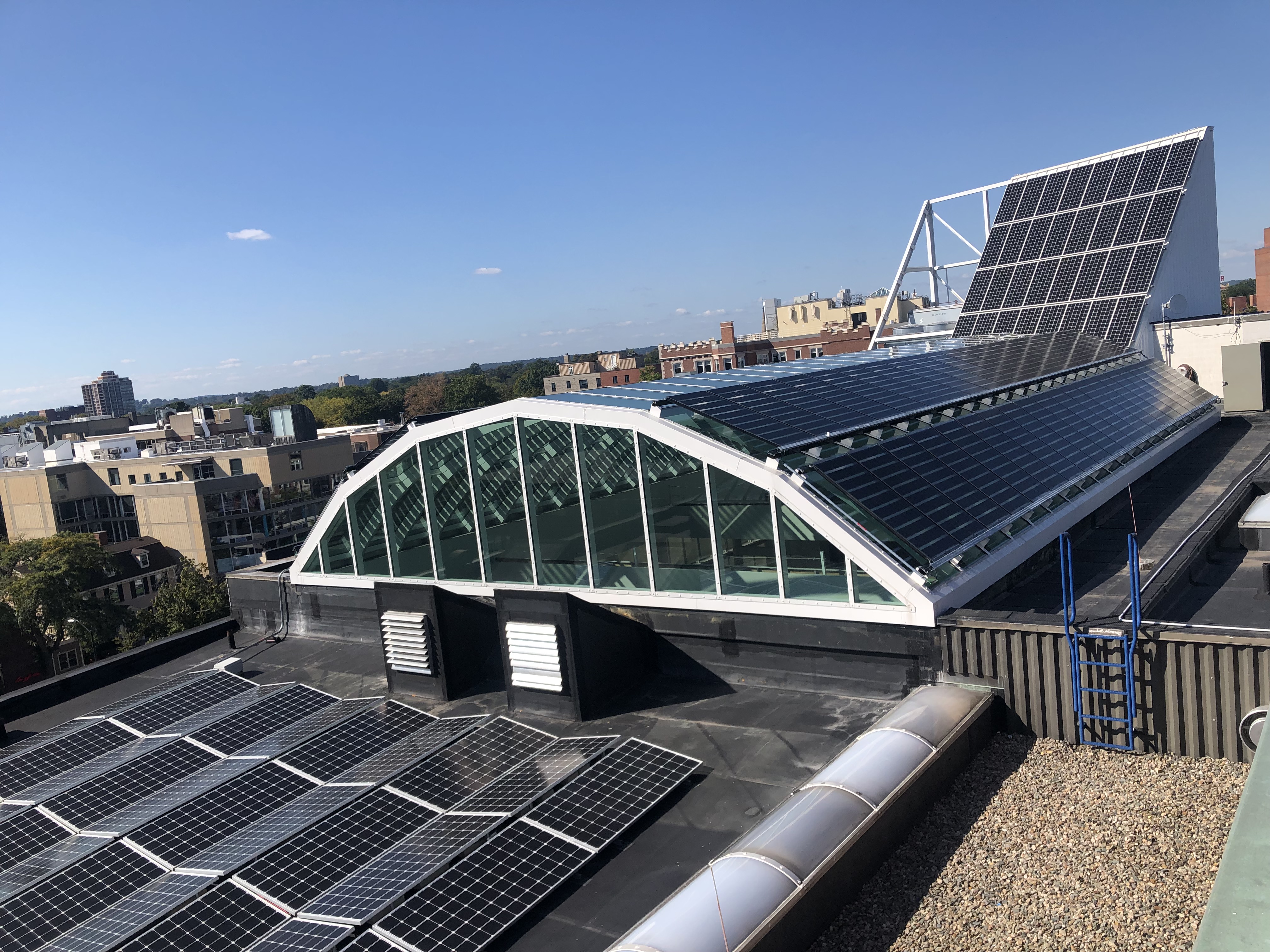 The 66kWac, 86kWdc system is comprised of 3 separate array types; A ballasted east/west flat roof system, a flush mounted rail-based system on the roof of the tower, and a custom GSX Lumos Solar bifacial system above the building’s new glass atrium. Installed in the late 1980s, the tower’s roof was previously home to an active solar hot water system. Built specifically to mount the solar thermal system, the 55° slope of the tower’s roof had since fallen into disuse after failure of the original system. SDA saw the opportunity to re-utilize the tower for its original purpose, and mounted 32/400W LG modules along its south face.

Prior to project inception, the building owners and tenants complained of extreme seasonal temperature swings in the gathering space below the existing atrium main atrium area of the building. As part of the design, further climate mitigation efforts were considered. It was decided that Lumos Solar, a semi-transparent module manufacture, would be utilized to provide partial light transmittance into the atrium, in hopes to regulate the atrium’s climate. A total of 84 Lumos modules were installed above the glass atrium, each 308W with roughly 20% light transmittance capability.

A further additional 120 400W LG modules were installed on the flat roof sections of the building, utilizing a standard ballasted east/west mounted system to maximize the remaining viable roof area.

A single SolarEdge 66kW inverter along with SolarEdge optimizers, each specific to the type of module it is connected to, converts the generated power into electricity, reducing the dependency on the utility.